I'm a Software Engineer in the media and signalling team at StarLeaf's Watford office.

I work as part of the R&D team, developing and maintaining a range of applications and internal tools. I primarily work with C++(17), but also make use of Python and occasionally Javascript. I'm keen to make use of Rust, and I'd like to have an excuse to play around with Lisps and functional languages.

In my previous life, I was a PhD researcher in geometric group theory, supervised by Dr. Andrew Duncan and Prof. Sarah Rees. I was interested in:

My thesis Conjugacy and centralisers in Thompson's group T was accepted in May 2019. It extends the work of Francesco Matucci in his PhD thesis by

I continue to maintain the thompson package for Python. It's not the fastest or most efficient tool out there—but it's good enough for testing conjectures, and certainly much better at performing calculations than I ever was! 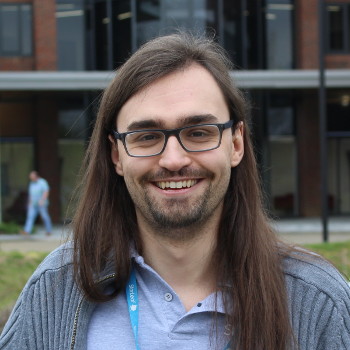